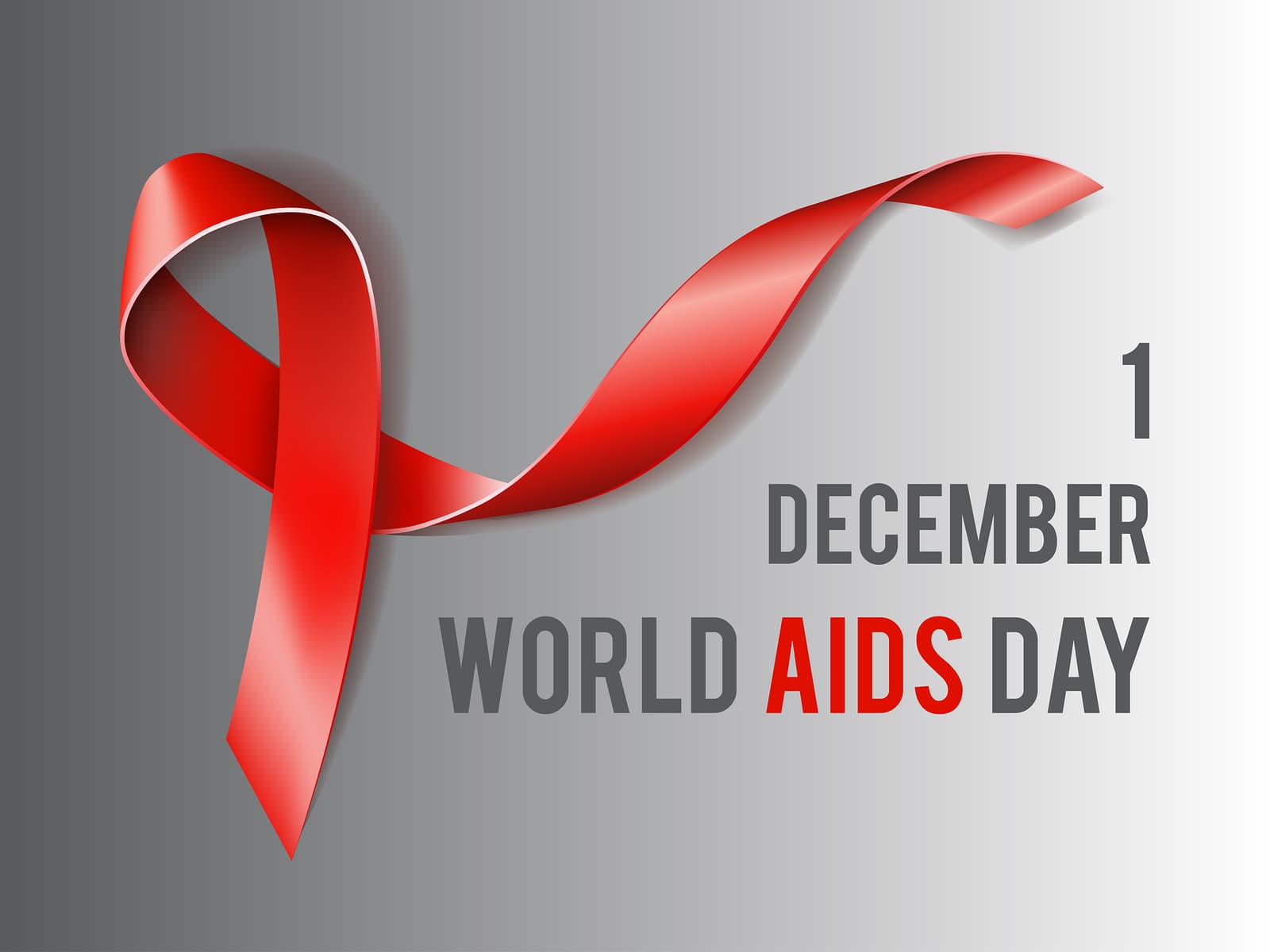 World AIDS Day is held on the first of December each year to spread awareness about HIV/AIDS.  It’s an opportunity for people all over the world to talk about prevention. According to the Center For Disease Control (CDC) an estimated 36.9 million people are living with HIV/AIDS worldwide.  Here in the United States, approximately 1.2 million people are living with HIV.  In addition,  the CDC reports 1 in 8 people have HIV and don’t know it.  This statistic is alarming, isn’t it?

Fast Facts from the CDC:

When comparing groups by race/ethnicity, gender and transmission category, the fourth largest number of all new HIV infections in the United States in 2010 occurred among African American women with heterosexual contact.

CDC: HIV stands for human immunodeficiency virus.  The virus weakens a person’s immune system by destroying important cells that fight disease and infection. Over time HIV can destroy so many of the immune cells that the body can’t fight off infections and disease.   When this happens, HIV infection leads to AIDS.

AIDS stands for acquired immunodeficiency syndrome.  A person infected with HIV has AIDS when certain cells of your immune system fall below a certain number.  When the cells fall below a certain number a person is at more risk for other infections and diseases. Essentially, AIDS represents a progression of HIV.  It is at this stage that the immune system is so weak, that it becomes harder to fight off serious infections.  It is at this stage that people can die from infection or cancer.

How is HIV transmitted?

Who is at risk for HIV infection?

The following is a list of people who are at high risk for HIV infection:

What are the symptoms of HIV?

Up to 50% of people will experience acute HIV infection, otherwise known as HIV Syndrome.  Symptoms can be present as early as one to four weeks after transmission of HIV.    Early symptoms of HIV syndrome are similar to the type of symptoms you would have from the flu and they include:

Keep in mind 50% of patients with HIV experience no symptoms. They will look and feel normal.

When should you get tested?

Here is a list of questions from the CDC to help you decide if you should get tested:

Also the CDC states the following:

If you continue having unsafe sex or sharing injection drug equipment, you should get tested at least once a year. Sexually active gay and bisexual men may benefit from more frequent testing (e.g., every 3 to 6 months).

A note on testing according to the CDC:

The immune system usually takes 3 to 8 weeks to make antibodies against HIV, but tests differ in how early they are able to detect antibodies. Although most HIV tests look for these antibodies, some look for the virus itself. The period after infection, but before the test becomes positive is called the window period.

Deciding when to get tested therefore depends on when you may have been exposed and which test is used. You can ask your health care provider about the window period for the HIV test you are taking. If you are using a home test, you can get that information from the materials included in the packaging of the test.

A few people will have a longer window period, so if you get a negative antibody test result in the first 3 months after possible exposure, you should get a repeat test after 3 months. Ninety-seven percent of people will develop antibodies in the first 3 months after they are infected. In very rare cases, it can take up to 6 months to develop antibodies to HIV.

What tests are available?

Blood samples are the primary body fluid used to test for HIV.  Blood is tested for the HIV antibody. The antibody is what you body uses to fight the HIV.  It can take up to to 3  to 12 weeks before the HIV antibody becomes detectable from the time of infection.  Once a blood test is positive, other blood tests are done to confirm the infection.

When acute HIV syndrome is suspected, a doctor can order tests that can detect HIV as early as 10  to 15 days from the time of infection.

What HIV tests are available to do at home?

There are two HIV testing kits that you can do yourself at home.  The Home Access HIV-1 Test System involves pricking your finger to collect a blood sample.  The blood sample is sent to a lab for testing and results are available as early as 24 hours.  It is important to know the Home Access HIV-1 Test System detects HIV later than lab based blood collected from your vein.  The OraQuick In-Home HIV Test is a rapid test.  It involves swabbing your mouth for oral fluid.  Results are available within 20 minutes.  The disadvantage of testing with oral fluid is that it contains less of the HIV antibody compared to that found in blood.  The advantage to both tests, is that both provide anonymity.  If either, test is positive an individual see a doctor as soon as possible.

What treatments are available?

Fortunately medical science has come a long way since HIV was first discovered.  It used to be those infected with HIV/AIDS died of their disease in 6 to 18 months.  Today with a class of medications called the antiretrovirals,  those infected with HIV can expect to live a long life.  In addition to antiretrovirals, certain medications can be taken to reduce other life threatening infections.  Lastly, certain vaccines are important for HIV positive individuals.

What can I do to prevent HIV?

Here is a list of things you can do to decrease your chance of HIV infection:

There is a lot to know about HIV/AIDS.  This article although lengthy does not  cover all you need to know, thus I encourage you to visit the CDC here for more information.

Get screened for HIV.  Know your status. Know your partner’s status and know his or her sexual history.  Don’t take someone’s word for it, have them show you proof of a recent blood test.  If the person isn’t willing to give you proof then you shouln’t have sex with that person.  Also, keep in mind that a recent negative blood test does not protect you. Remember the window period between the time of infection to detection is 4 – 12 weeks. Also, remember people can look and feel absolutely normal and be HIV positive.

Nearly Half Of All Heart Attacks Are Silent, a Study Finds
May 27, 2016